Selma Slabiak is a cocktail maker. She has worked at various esteemed cocktail bars in Brooklyn and Manhattan, and was head bartender at Michelin-starred Nordic restaurant, Aska. She recently published Spirit of the North, a book of cocktail recipes and stories from Scandinavia. Born and raised in Denmark, Slabiak moved to New York in 2007.

Selma occupies a place at the very heart of the Hesperios family. Here, she introduces us to her grandmother’s recipe book.

I grew up in a small rural port town in the South Funen archipelago in Denmark. My grandmother’s kitchen had views to two sides, one looking over a small meadow towards Smørmosen, “the Butter Swamp,” and the other onto two ancient poppel trees, locally known as “the Witch Trees.”

She was always in the kitchen, cooking, baking, kneading, and stirring, while telling stories of her past or our family or the folklore of our lands. Whether the room was filled with relatives or neighbors, or just her and the cat—curled up in the warmest spot he could find—this was the heart of the home.

My grandmother started cooking when she was old enough to lift a pan: first as the oldest daughter of a large family, helping around the house; later, when she was fourteen and taken out of school like most girls back then, to serve at a larger and more well-off farm. After she got married and had her own family, she worked on the side, cooking at an orphanage for over thirty years. From the very beginning, she wrote all her recipes down in neat cursive in little notebooks.

When I turned thirty-five and she asked me what I wanted for my birthday, I told her all I wanted was something small; something meaningful rather than expensive. A few weeks later a package arrived at my apartment in New York. In it was a stack of twenty-seven notebooks—every recipe she had written down from when she was a young girl to when she stopped writing in old age because her hands were too shaky. She had gifted me our family bible—the story and smell and taste of her life, and everyone else’s life around her. Every holiday, family gathering, Sunday afternoon, and beyond is on these pages and I can tell you without a doubt that it is the best gift I have ever received; my most treasured possession. I am really happy to share with you a few of her recipes and pictures, and with them the love and warmth that is my grandmother Else-Marie. 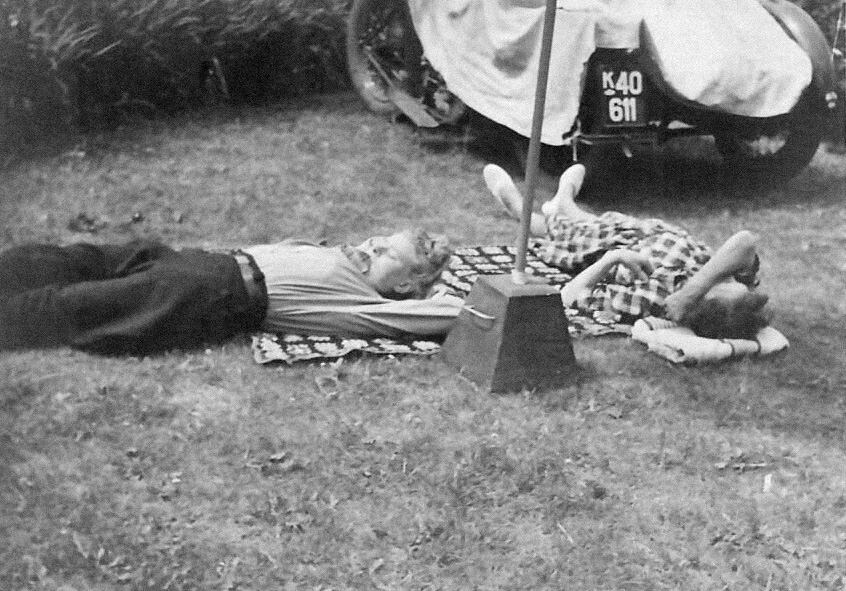 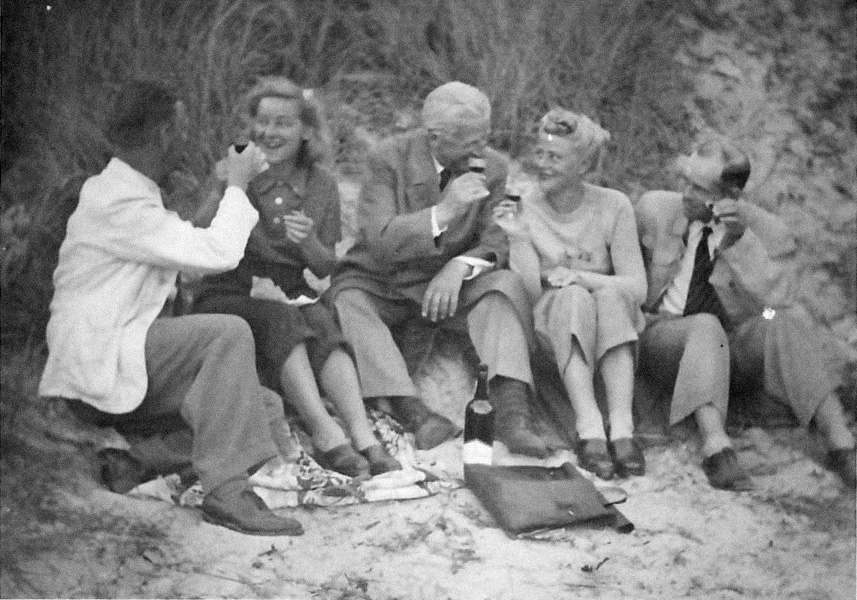 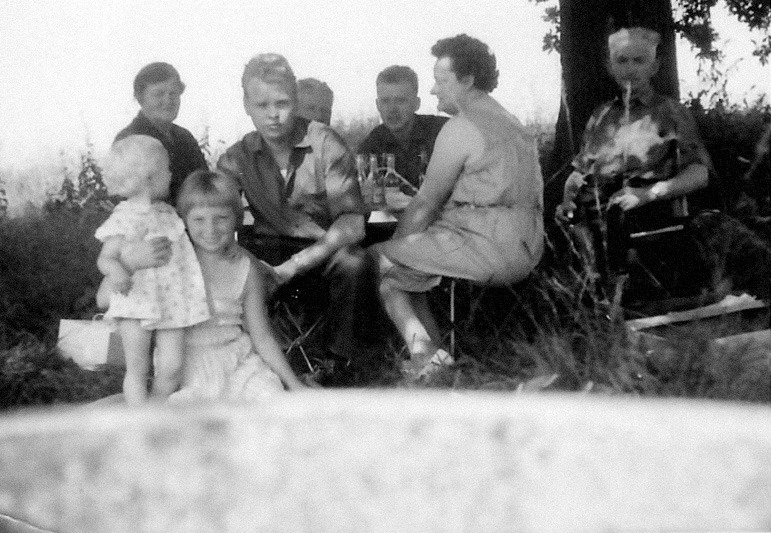 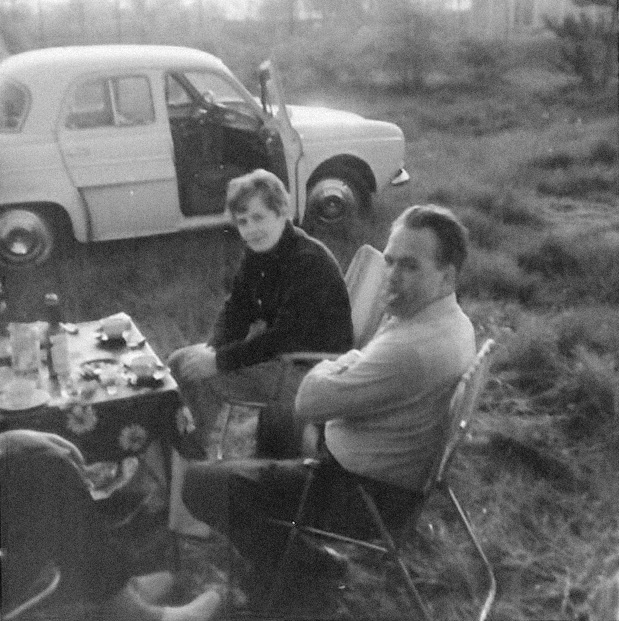 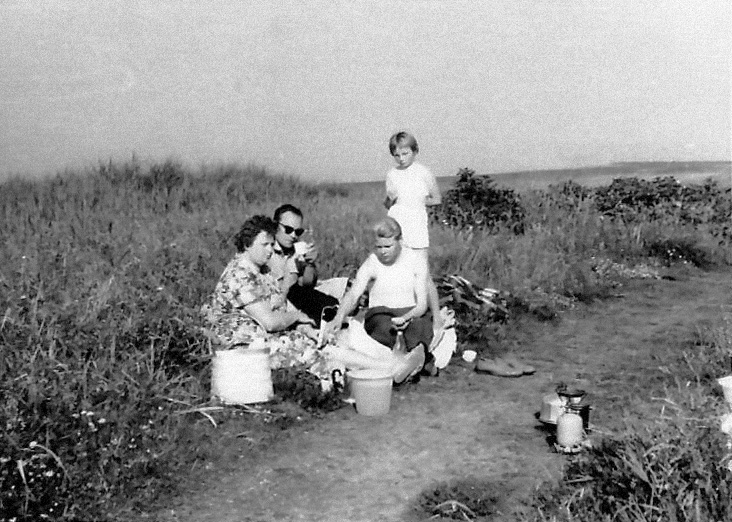 When baked, these sweet little breads resemble a rose —a staple for afternoon tea!

Plus, frosting for decoration

Warm milk and add to rest of cake ingredients. Form a dough and roll out. Cream ingredients for filling and smear all over dough. Roll the whole thing up and let it sit until it rises to roughly double the size. Bake at 220°C for 12–15 minutes. Decorate with frosting.

A breakfast pastry enjoyed with fresh butter and your morning coffee—my go-to bake for Sunday morning.

Plus, 1 whisked egg or some cream for brushing Poppy seeds

Dissolve baker’s yeast in warm milk and mix into rest of ingredients. Roll out and fold 3 times. Cut into appropriate pieces. Let rise for 20 minutes. Brush with egg or cream, sprinkle with poppy seeds and bake at 190°C for 15 minutes.

A sponge cake traditional to my home island. Also my favorite cake in the world.

Dissolve baker’s yeast in warm milk, mix all cake ingredients together, and let rise for 30 minutes. Roll out in baker’s pan. Cream topping ingredients and spread over cake. Allow cake to rise for 15 more minutes. Bake for 5 minutes at 200°C, then poke about 10 holes in the top of the cake with the handle end of a wooden spoon. Bake another 10 minutes.

Sweet and fluffy, like a dream. Oftentimes made for children’s parties.

Add eggs and confectioner’s sugar to the milk, then add flour, baking powder, vanilla powder, and melted butter. Mix well and bake in a cake tin for 20 minutes at 200°C. Mix topping ingredients in a pot over a low heat. Pour topping on cake and bake for another 5 minutes.

My grandmother made these as an after-school treat on an old, cast-iron waffle maker she heated on the stove. She invariably served them with hand whipped cream and seasonal preserves.

Mix flour, salt, and sugar with water and beer. Whisk thoroughly, then add egg yolks. Crumble butter and add to the mix a little at a time, then add the heavy cream and egg whites carefully right before baking. 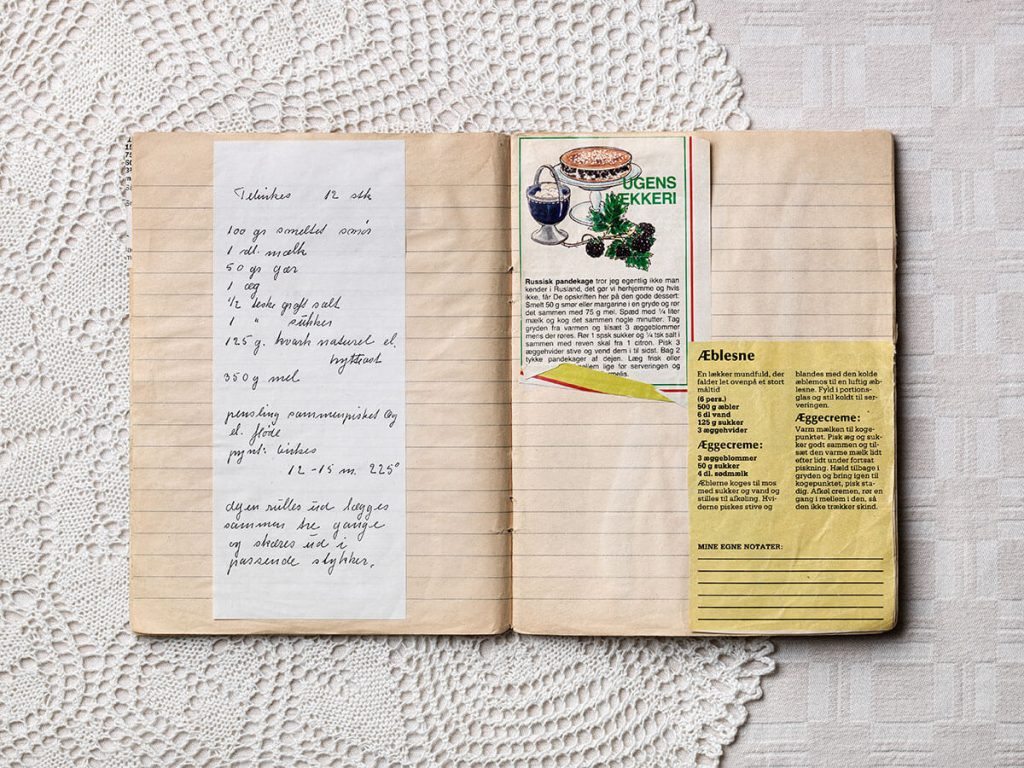 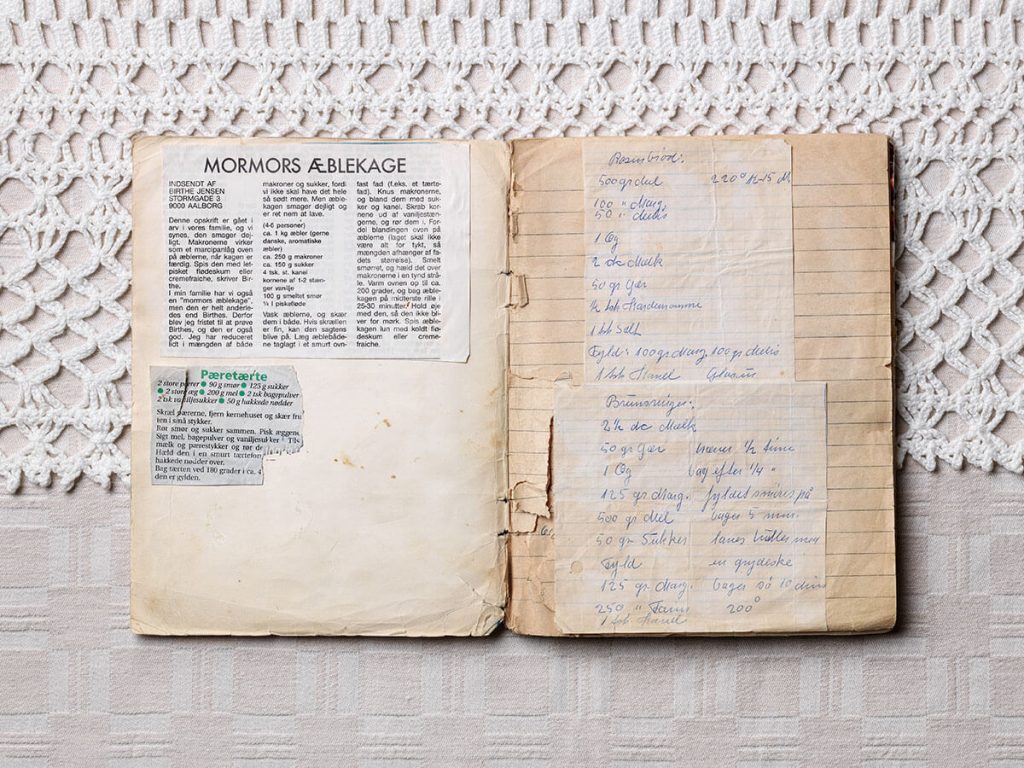 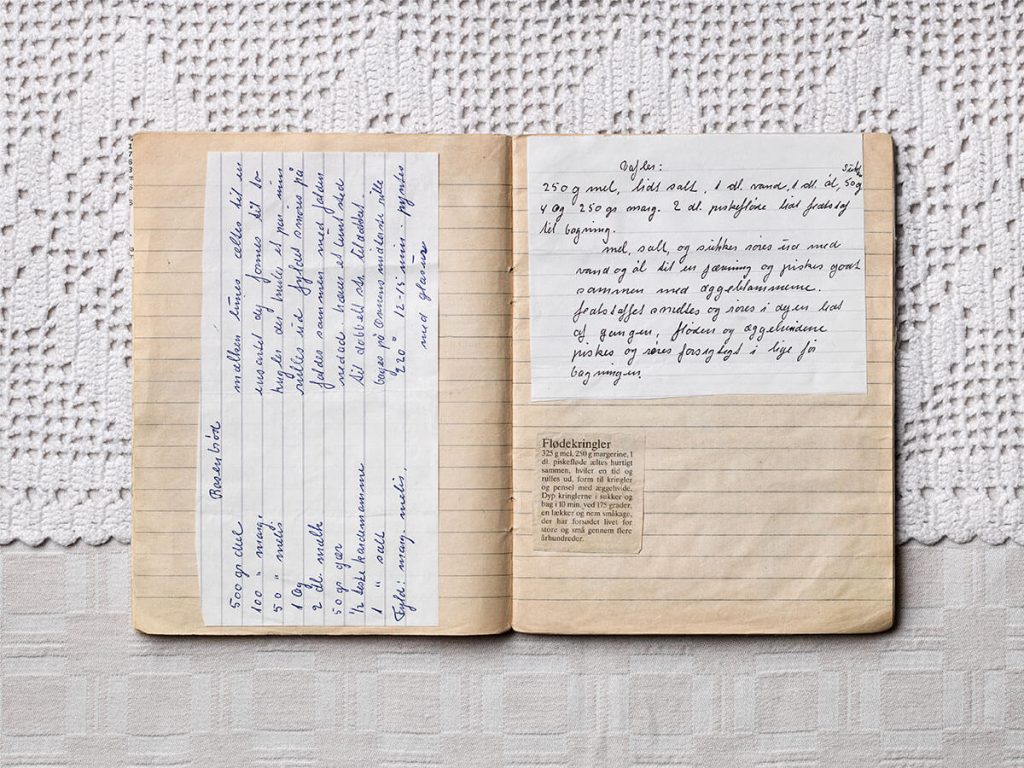 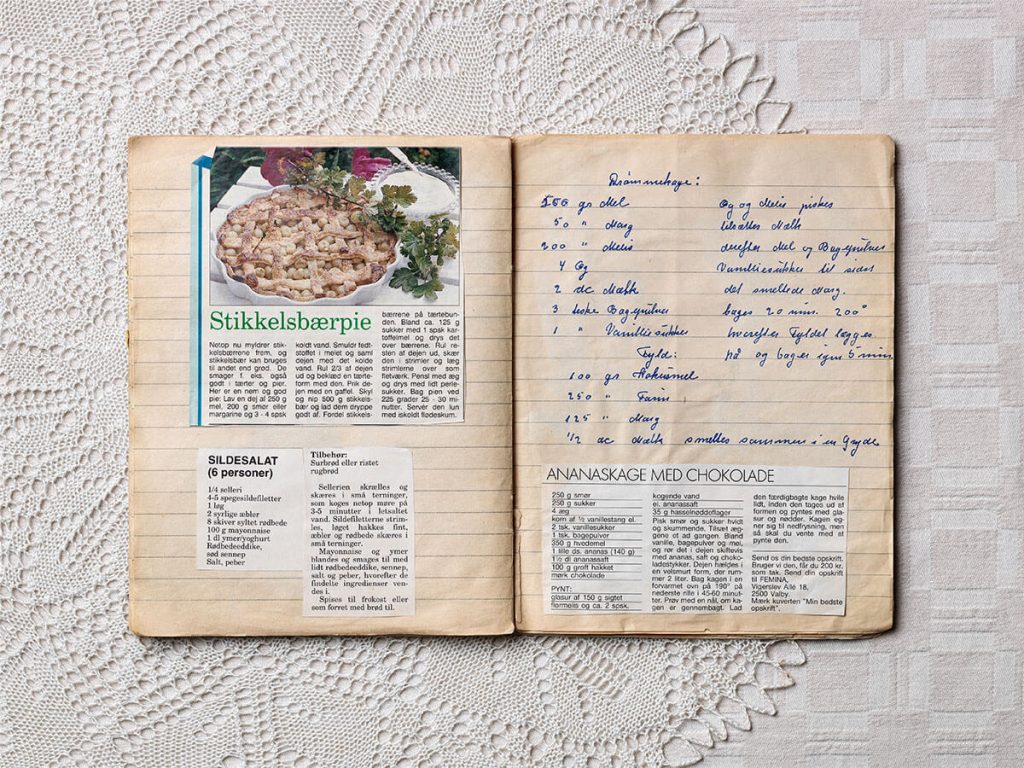